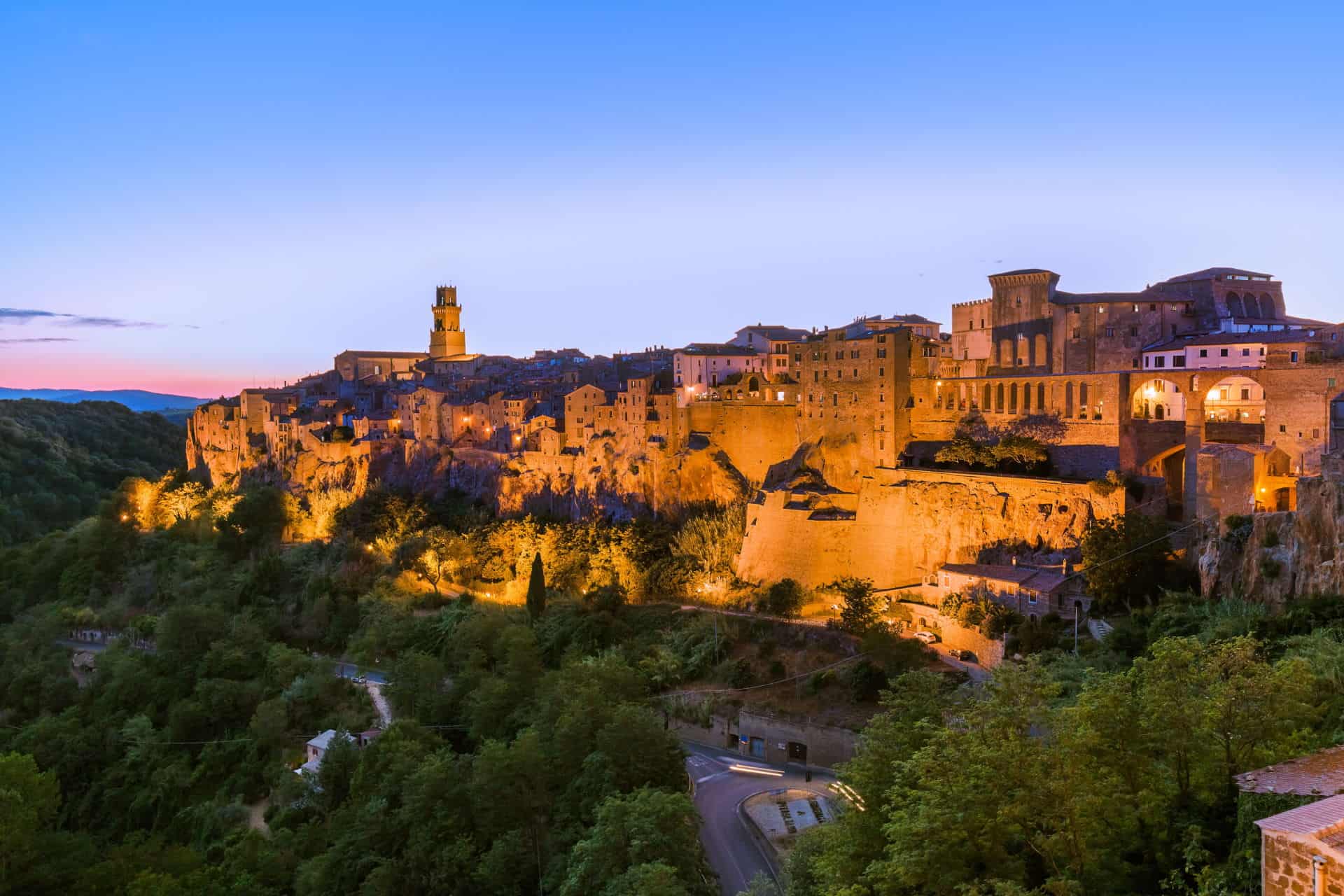 Pitigliano is a town in the province of Grosseto, in southern Tuscany.

The municipality rises at an altitude between 300 and 663 meters.

Part of the municipality is the hamlet of Casone, of fifteenth-century origin, built under the government of Count Bertoldo Orsini, here you can admire the characteristic Church of San Paolo della Croce, of unknown origin, the building was completely rebuilt in 1900.

The village of Pitigliano has Etruscan origins, the cliff was in fact already inhabited around the XII-XI century BC, in Roman times a first village was founded which took the name of Petiliano, according to the legend founded by two young Romans Petilio and Celiano. The first certain information about the existence of a castle dates back to 1061, when Pitigliano was mentioned in a papal bull.During the medieval period the village of Pitigliano was governed by the Aldobrandeschi family who remained in power until 1293, subsequently Pitigliano passed to the Orsini counts who ruled until the end of the 1500s. In fact, at the end of the 1500s, Count Niccolò IV Orsini granted Pitigliano to the Medici of Florence, under the Grand Duchy of Tuscany.

Pitigliano is also known as Little Jerusalem, since from the end of the sixteenth century the town welcomed an important community of the Jewish religion, fleeing the Papal States following the enactment of strict restrictions by the Pontiff. The Jewish community built its own neighborhood, the Jewish Ghetto, where the Synagogue, with an adjoining museum, the Unleavened Oven, the Milkve Bath, the Butcher’s and the Kasher Cellar are still found today.

Among the palaces and monuments, on the other hand, the Orsini Palace, the Salvini Theater, the Medici Aqueduct, the Fountain of the Seven Spouts and the Monument to the Progenie Ursinea.

Map of the Municipality of Pitigliano