Set among the beautiful views of the Tuscan Maremma and surrounded by a large park, the Terme di Sorano are among the most beautiful spas in Tuscany.

Relaxation and tranquility a stone’s throw from the most beautiful villages of the Tuscan Maremma, Sorano, Pitigliano and Sovana are only 5 minutes away.

The spas consist of a large thermal swimming pool with a covered area, a sports pool open in the summer, a wellness center, a restaurant and an elegant residence. Furthermore, in the park, a path leads to the Bagno dei Frati, a basin used in the 1400s by the friars who lived in the nearby parish church.

The waters have important beneficial properties.

starting from € 99 per night. Overnight stay, breakfast and entrance to the thermal pools. Best price guaranteed.

Properties of the thermal waters of Sorano

The water of the Terme di Sorano is bicarbonate-magnesium-calcium, born from the source at a temperature of 37.4 ° C.

Its particular composition makes this water unique in Italy for the treatment of dermatological diseases, especially psoriasis and dermatitis.

Summer afternoon opening hours from April to October: from 2.00 pm to 7.00 pm

Winter afternoon hours from November to March: from 2.00 pm to 6.00 pm

Summer Daily from Monday to Friday

Summer Afternoon from Monday to Friday

Relax at the Terme di Sorano
We spent a relaxing day at the Terme di Sorano, the large thermal pool is truly perfect, you would never want to go out! There is a large well-kept garden and a delightful path in the woods that leads to the Bagno dei Frati, a tub of thermal water once used by the monks who lived in the abbey ... 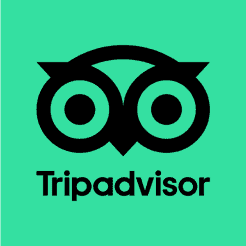 A beautiful day at the Terme di Sorano
We discovered this place at the gates of the village of Sorano and we immediately fell in love with it! The waters are warm and rich in beneficial properties, they are completely immersed in nature and this is a great added value ... the staff is friendly and helpful and these waters are truly extraordinary!

Spas in Tuscany
The Terme di Sorano are a real show, three swimming pools available, a large one with thermal water, a sports pool and a small pool in the woods. Relaxation and tranquility are guaranteed in the large park and in the garden. We will definitely be back!

Wonderful place
The Terme di Sorano are truly perfect for a regenerating break, the location is beautiful and the swimming pools (2 with thermal water and 1 sports pool) are well-kept. The water is warm, at about 37 degrees so it's a real pleasure to bathe even on cooler days.

Fantastic!
Words are not enough to describe this place, you have to go and experience the magic of a swim in these waters! The large swimming pool, with an indoor part, is truly wonderful!

The village of Sorano

Sorano is a delightful village in the Tufo area, in the south of the Tuscan Maremma. The village has ancient origins, it was in fact built in the Middle Ages by the Aldobrandeschi family and today it is one of the most beautiful destinations in southern Tuscany. Small and collected, the village shows itself with its medieval and Renaissance lines, visible in its historic buildings and in the oldest buildings.

The village of Sorano was a possession of the Aldobrandeschi, passed to the Orsini following the marriage between the last heir of the Aldobrandeschi, Anastasia and the Roman Count Orsini, in 1293. The control of the Orsini lasted for almost two centuries, in 1417 in fact Sorano was conquered by the Sienese, it remained under the government of the Republic of Siena until 1556, the year of its annexation to the Grand Duchy of Tuscany, under the government of the Medici family of Florence.

Everything in Sorano tells its past, from the historic buildings to the alleys of the center, from the palaces to the monuments …

Church of San Niccolò: in the heart of the historic center of Sorano, this church dates back to 1276 and is the main sacred building of the village. Restored in the early 1500s, in 1509 it was elevated to the role of collegiate church. Originally the church was in Romanesque style, and still today part of the original structure is visible on the back of the building, inside there is a painting by Pietro Aldi from 1884 depicting St. Joseph with the Child.
Palazzo Orsini: better known as Palazzo Comitale, built in 1200 as the residence of the Orsini Counts in Sorano, it was restored in 1552 by Niccolò IV Orsini.
Orsini Fortress: commissioned by Count Niccolò IV Orsini to architect Anton Maria Lari, the Orsini Fortress was completed in 1552 and was the official residence of the Orsini Counts in Pitigliano. The Fortress today houses the Museum of the Middle Ages and the Renaissance.
Masso Leopoldino: on the opposite side of the Orsini Fortress stands the Masso Leopoldino, an ancient defensive structure built in medieval times and restored in 1800 by the Lorraine.
Cinta Muraria: the city walls surround the entire ancient town of Sorano, they were built in medieval times and today the two ancient access gates are still present, Porta di Sopra, at the foot of the Orsini Fortress, and Porta di Sotto, also known such as Porta dei Merli, at the foot of Masso Leopoldino.