A breathtaking town carved into the Tufo rock, in the heart of the Tuscan Maremma, Pitigliano is one of the most beautiful villages in Italy.

Also known as Little Jerusalem, thanks to the large Jewish community it hosted within its walls in the 16th century, Pitigliano is definitely one for the bucket list next time you’re in Tuscany.

Perched on a cliff of local stone known as ‘tufo’, the town stands majestically at the crossroads of the valleys of the Lente, Meleta and Prochio, with a wonderful view of the wild and unspoiled Tuscan Maremma countryside.

If you’re visiting with your own car, stop at the Sanctuary of the Madonna delle Grazie before entering Pitigliano for a spectacular first view of its spectacular skyline. The massive tufaceous rock supports the entire town, which began as a prehistoric village and blossomed into a modern town.

At night, the view is even more spectacular, illuminated from above by the natural light of the moon, the village seems to be suspended in the void, supported by a mysterious force.

The history of Pitigliano is ancient. Legend suggests the town was founded by two young Romans, Petilio and Celiano, who, fleeing Rome after stealing Jupiter’s golden crown, took refuge in the countryside around Pitigliano, founding the first community from which the city originated, named Petiliano after those two Roman brothers, then becoming, in the following centuries, Pitigliano.

Aside from the legend, Pitigliano can trace its roots farther back than the Roman Empire. The territory was already inhabited in the Neolithic Age. With the arrival of the Etruscans, the Tuscan town was transformed into a veritable city. The Etruscans built the Vie Cave, ancient roads excavated by hand into the tufaceous rock, used as a way of communication and defence and to connect the first villages with the wonderful Necropolis, the Cities of the Dead.

Today Pitigliano is a jewel of art, history and culture, every corner of its Old Town tells a story rich in history. Every narrow alleyway, piazza, panoramic view and museum is one you won’t soon forget.

WHAT TO SEE IN PITIGLIANO

The tourist attractions that you simply can’t miss when you visit Pitigliano in the Maremma Tuscany.

The town of Pitigliano is home to so many amazing palazzos and historical buildings, the majestic Palazzo Orsini, the ancient residence of the Orsini family, lords of the County of Pitigliano, Sovana and Santa Fiora and the Salvini Theatre, built in 1823 by the Filodrammatica Ravvivati. One of the most striking buildings in Pitigliano is certainly the Medici Aqueduct, an elegant example of ancient architecture, built at the behest of the Orsini, continued in the Medici period and then restored by the Dukes of Lorraine.

Don’t miss the Jewish Ghetto, the ancient neighbourhood built by the Jewish community that lived in Pitigliano from the late 16th century. The ghetto features a Synagogue, the Forno delle Azzime bakery, the Macelleria Kasher butcher, the Cellar and the Ritual Baths. Finally, there are Pitigliano’s churches, the Cathedral of Saints Peter and Paul, the Church of San Rocco, which is the oldest building in the entire town, and the Sanctuary of the Madonna delle Grazie, just outside the town with spectacular views of the surrounding countryside.

Don’t miss the Archaeological Museum of the Etruscan Civilisation, which is located in a wing of the Palazzo Orsini and houses artefacts found in the Necropolis of Poggio Buco. The Manzi Open Air Museum connects the “city of the living” with the “city ​​of the dead” through an Etruscan built road leading to an ancient necropolis. The Museum of Palazzo Orsini has 21 rooms filled with frescoes and 15th-century paintings, antique furniture, gold, jewellery and silverware, coins, wooden sculptures, paintings on canvas and tablets, precious fabrics donated to the museum from the main churches of the territory. And finally, the town’s Jewish Ghetto with its museum, synagogue and underground city.

The view of Pitigliano will take your breath away. It looks as if it is suspended in air.

The Medici Aqueduct is one of the most beautiful feats of engineering in Pitigliano and the Maremma.

The heart of Little Jerusalem and the centre of the Jewish ghetto.

Pitigliano is a town that’s rich in history, so be sure to visit its museums.

Ancient highways carved into the tufa rock during the Etruscan era.

The main events in Pitigliano. From the Torciata di San Giuseppe in March, to the famous Infiorata flower festival in June, to the Festa del Contadino, which takes place on the first weekend of August and Calici di Stelle, an unmissable event dedicated to wine and the local cuisine in Pitigliano. Also worth catching is the Festa della Contea, a medieval festical also held in August and Settembre DiVino, the town’s most famous festival celebrated in the tufa rock cellars and attracting thousands of visitors each year. And finally Christmas in Pitigliano, with plenty of events and activities to celebrated the most wonderful time of the year.

check out our events calendar

WHERE TO SLEEP IN PITIGLIANO

A selection of the best accommodation in and around Pitigliano for your stay.

A gorgeous Tufa rock city, Pitigliano is located in the south of the Tuscan Maremma.

On the border between Grosseto and Viterbo, close to both Bolsena Lake and the Terme di Saturnia, Pitigliano is one of the most important towns in the so-called Città del Tufo, a district which also includes Sovana and Sorano.

Pitigliano can be easily reached both by car on the SS74 that connects Orvieto and Albinia, and by bus using connections from Grosseto, Orvieto and Viterbo.

The nearest railway stations are in Albinia, Orbetello, Grosseto and Viterbo, from the station, you can reach Pitigliano by bus, for Tuscany with the Tiemme line, for Lazio with the Cotral line.

WHAT TRAVELLERS ARE SAYING

The reviews on Pitigliano and its tourist attractions, written by tourists on Tripadvisor.

Museum of Palazzo Orsini in Pitigliano. Pitigliano is a truly enchanting village, rich in history and culture. Together with my daughter, I spent a weekend there in July. One of the most beautiful places we visited was the museum... 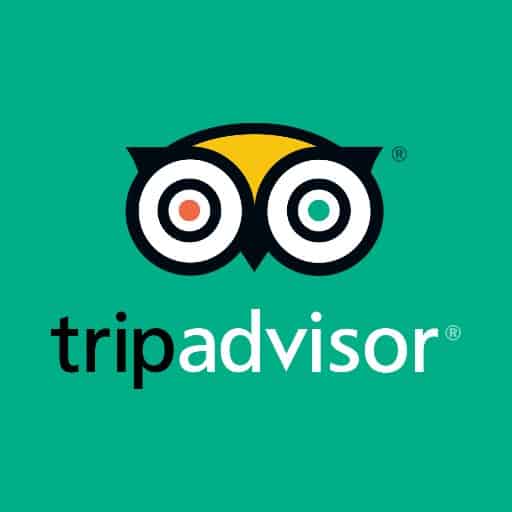 Heading down from the village and proceeding towards the vie cave Etruscan roads, we arrive at this beautiful Sanctuary. Absolutely a must visit, not only for the sanctuary, very nice inside and out, but also for the beautiful view of the village...

Beautiful and so very impressive in its presence, this cathedral is one you have to see and admire in all its beauty. The facade highlighted by its 16th-century travertine portal welcomes visitors concealing an equally majestic altar ...

A beautiful outdoor museum. Along the way you can visit the Etruscan tombs, educational models of Etruscan houses and go through the Etruscan roads carved into the tufa rock, called the Vie Cave, which are really special.

At night, it's magical

We visited this city late at night and its beauty is indescribable. The city is lit from below while the surrounding woods are dark and silent. Very beautiful and still ...

On our walk through Pitigliano's Old Town, we visited Little Jerusalem and the Jewish Ghetto - plenty of detailed information. We visited the Synagogue. At you leave, there is a place where they sell kosher products...

A step back in time

From Sovana to Pitigliano, through the via cava di S. Giuseppe. It was my first experience through these roads dug into the tufa rock. What can I say? It is truly difficult experience to describe. Do it. Listen to the wind that is channeled through the rock walls...

The Old Town is a gem, as is the Jewish ghetto. Beautiful and well kept, it has plenty to impress. Erected on a previous medieval building, it has a tall and narrow shape...

The food and wine local to the Tuscan village of Pitigliano, from its famous Bianco di Pitigliano DOC to its Sfratti, a traditional Jewish biscuit, to its kosher wines and migliaccio crepe.